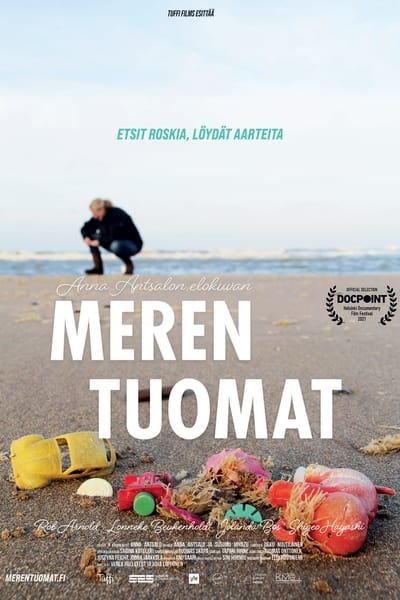 Beachcombers are people who search for treasures on shorelines. Ocean currents carry all sorts of stuff to the beaches. Some shores fill with light bulbs, while others are taken over by Lego blocks or ancient bones. The film follows three beachcombers. Rob, who lives in Cornwall, cannot leave anything on the beach if he has touched it. He has become passionate about cleaning beaches. Rob sees himself as a citizen scientist and he collects objects in a sea container, full of finds from the shores. Yolanda, a Dutch archaeologist, studies erosion of objects in order to understand what effect time has on them. Our life, filled with stuff, forms a visible archaeological layer on Earth. Shige, a Japanese art teacher, is afraid of the ocean. He believes that the tideline is the border between life and death. Through the objects found on the tideline, the film forms a picture of human kind. Stuff that we leave behind is retained by the sea, that spits them out, bringing messages from bygone times.