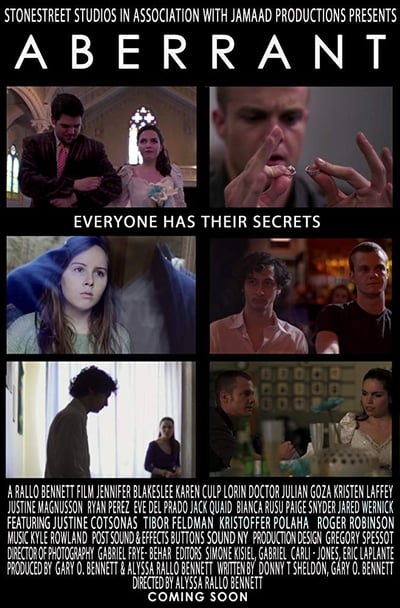 'Aberrant' is a mysterious thriller-like drama directed by Elissa Bennett, written by Gary O. Bennett and Donny T. Sheldon, and produced by Stonestreet Studios. When the groom's oldest friend, Cole, (Jack Quaid) finds out his best friend, Jason, (Jared Wernick) is getting married, he escapes from the institution he has been incarcerated in and makes a surprise visit to serve as the best man. Something does not seem right between bride, Gretchen, (Justine Magnusson) and groom. None of their friends seem to fully support the marriage and have secrets of their own. Unresolved about their relationship and endlessly obsessed with the groom, Cole stirs up everyone and everything, making it a weekend to remember.