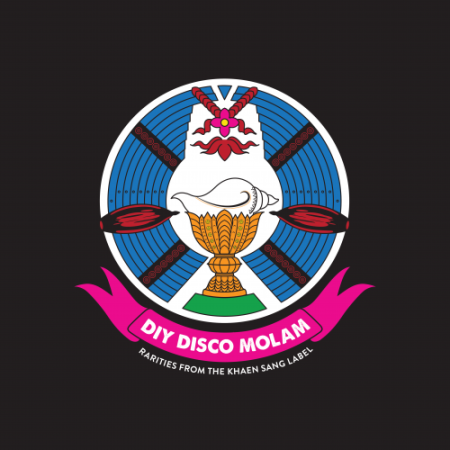 Somes you hear a piece of music and you can't believe your ears. This was how me and Maft Sai felt when we first stumbled across the music of Soonthorn Chairatanachot and his short run of releases on the Khaen Sang label. The sparse production style immediately marked it out from other molam we had unearthed through hours of searching, and two tracks 'Kieow Choo Pern' & 'Toey Bump' became staples of our sets, always incurring curiosity from punters and occasionally a query as to whether this was something we'd remixed. Ultimately, this was because the records felt so ahead of their , though whether this was intentional or not is hard to pinpoint.

Soonthorn was born 16th May 1938 in the town of Sarakham in the north-eastern district of Isan, and passed away on 10th January 2004. He was one of ten children, and both his parents were famous molam singers. He and most of his siblings followed the family tradition and he was trained in the 'molam glone' tradition as well as learning to play khaen. It's claimed that he learned a year's worth of repertoire in one month, and was playing in public from twelve years of age, touring throughout the region until he was called up to military service in 1957.

He was in the army for two years, and ended up perfog on a military radio station which brought his vocal talents to an even wider audience. After finishing he took on five students and also briefly became a monk where he would sing his own compositions and play khaen for temple ceremonies.

He joined Sun Thirat Pirom, one of Thailand's longest running music collectives, and in 1969 also won Channel 5's glone competition. He moved to Ban Meng, in Chaiya Phum district, after his friend Kamlar invited him to come and work with him on his radio show "Jor Sor 5". As well as glone he additionally pioneered another evolvement in molam, 'lam zing', a fast vocal style that still remains popular today.

Whilst he had a huge following as a live musician he'd never released any music, and through a friend, who had a recording studio and a tape echo, he embarked on what would ultimately be his only recordings, using family members on instrument and vocal duties. It is here that an unanswered mystery bs - no one is sure when the recordings were made, or what inspired their unique sound.

Utilising eerie delayed guitar and piercing Farfisa-style organ, as well as gloopy drum and bass (also fed through the tape echo) he crafted the handful of songs included here, for a short run of 45s. They were apparently hugely popular and were comped on an LP. What is odd is that a copy of this LP on either cassette or vinyl has never turned up in recent years, despite many molam musicians and fans we've spoken to citing it in always glowing terms. And despite its apparent popularity his odd techniques never took off, and they remain a musical anomaly in molam's largely conservative pantheon. Check 'Lam Plearn Sadudee Maharacha', whose long intro gives way to a loping, echoing riff or 'Chern Bump' with it's rough rhythm section, and choppy Chic-style guitar riffs. We'll never know what contributed to these creative decisions that seem so at odds with Soonthorn's traditional background.

Maybe it doesn't matter that certain questions remain unanswered - the power of this music remains undimmed. Whilst Soonthorn is sadly no longer with us his family are still involved in music to this day, and it gives us great pleasure to present this most unique take on the molam tradition reissued here for the first .