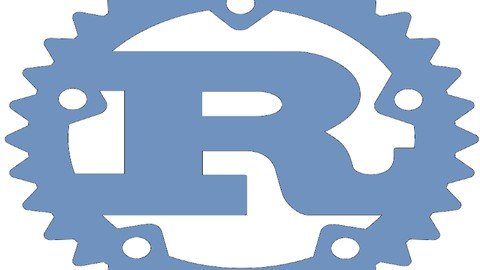 What you'll learn
Develop beginer to advance level skills of RUST Programming
Learn the basic syntax of RUST and its feature of memory safety
Developed an understanding of advance level concepts such as generics, traits, lifetimes and closures
Gain Hands-On experience of solving some intermediate to advance level problems using RUST
Description
Programming languages usually have some tradeoffs. There are low level languages like C anc C++ usually have speed and control at the cost of memory safety. On the other hand, we high level languages such as python or java script are more safer but are not very efficient from power and speed perspectives. With rust we have best of both the worlds. More specifically, it is a system programming language which means they have speed and control but at the same time are much much better because of the safety features just like high level languages. This makes rust so clearly standout among all the other programming languages.
Its popularity is increasing day by day and is therefore being adapted by bigger companies world wide. Google is also planning to use Rust in the Linux kernel, Microsoft, meanwhile, has turned to Rust to reduce memory-related bugs in Windows and Facebook has also forged closer ties with Rust, joining the Rust Foundation. All these are clear indications that Rust is gaining significant attention of the community.
At 9+ hours of video tutorials, this course will take you from beginner to expert level. This course is designed from a perspective of a student who has no prior knowledge of RUST and who is a RUST beginner.
Throughout this comprehensive course, we cover a massive amount of skills and techniques including
Basic rust programming syntax
Premitive and non-premitive types
Common Rust Collectors
Enums, Traits and Structures
Generics, Lifetimes and Closures
Rust Module System
Using External Crates and how to Publish Crates
The course ensures that you learn by doing
Practice exercise questions along with solutions
Quizes and
Assignments
By taking this course, you will become a fluent in RUST programming and you'll be so good so that you can confidently and professionlay code in the language.
Don't just rely on my word, check what some of our existing students have to say about the my course.
"I had viewed the video in the propose sequence, as well, as I had looked at some videos outside of the instructor propose sequence, and only had one thing to say: - This course is excellent!!!!!!!!!!!!!" Gabriel Federo Hungria
"I have gone through the course on MATLAB Gui by the instructor. It was an A++ experience. He is the best instructor, really professional and knows exactly what to teach. Thanks for your wonderful contribution to help us understand MATLAB." Kunal Singh
"Very interesting course, complete functionality of Matlab was explained and the quizzes further helped with the learning process." Hassan Ayub
Pleaset note... I am very confident that you will like the course and therefore provides you with a FULL money back guarantee for 30 days! So there is a ZERO risk and nothing to loose.
Finally, i am super excited to teach you RUST programming, so hit enroll and enjoy learning RUST
Who this course is for
Anyone looking to build a strong career in programming through excellent RUST coding skills

Comments
No comments for "Udemy - Rust Programming Master Class From Beginner to Expert".
Add Your Comments
Please Login to comment