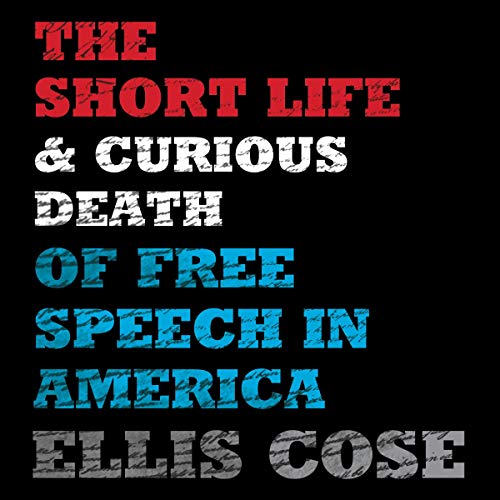 The critically acclaimed journalist and best-selling author explores one of the most essential rights in America - free speech - and reveals how it is crumbling under the combined weight of polarization, technology, money, and systematized lying in this concise yet powerful and timely book.
Named one of Newsweek's "25 Must-Read Fall Fiction and Nonfiction Books to Escape the Chaos of 2020"
Free speech has long been one of American's most revered freedoms. Yet now, more than ever, free speech is reshaping America's social and political landscape even as it is coming under attack. Best-selling author and critically acclaimed journalist Ellis Cose wades into the debate to reveal how this Constitutional right has been co-opted by the wealthy and politically corrupt.
It is no coincidence that historically huge disparities in income have occurred at times when moneyed interests increasingly control political dialogue. Over the past four years, Donald Trump's accusations of "fake news", the free use of negative language against minority groups, "cancel culture", and blatant xenophobia have caused Americans to question how far First Amendment protections can - and should - go.
Cose offers an eye-opening wholly original examination of the state of free speech in America litigating ideas that touch on every American's life. Social media, meant to bring us closer, has become a widespread disseminator of false information keeping people of differing opinions and political parties at odds. The nation - and world - watches in shock as white nationalism rises, race and gender-based violence spreads, and voter suppression widens.
The problem, Cose makes clear, is that ordinary individuals have virtually no voice at all. He looks at the danger of hyper-partisanship and how the discriminatory structures that determine representation in the Senate and the electoral college threaten the very concept of democracy. He argues that the safeguards built into the Constitution to protect free speech and democracy have instead become instruments of suppression by an unfairly empowered political minority.
But we can take our rights back, he reminds us. Analyzing the experiences of other countries, weaving landmark court cases together with a critical look at contemporary applications, and invoking the lessons of history, including the Great Migration, Cose sheds much-needed light on this cornerstone of American culture and offers a clarion call for activism and change.
DOWNLOAD
(Buy premium account for maximum speed and resuming ability)

Comments
No comments for "The Short Life and Curious Death of Free Speech in America [Audiobook]".
Add Your Comments
Please Login to comment