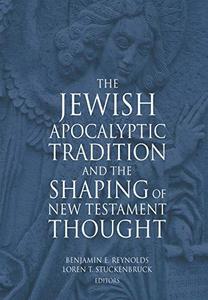 The Jewish Apocalyptic Tradition and the Shaping of the New Testament Thought By Benjamin E. Reynolds (Author, Editor), Loren T. Stuckenbruck (Editor)
2017 | 395 Pages | ISBN: 1451492669 | PDF | 6 MB
The contemporary study of Jewish apocalypticism today recognizes the wealth and diversity of ancient traditions concerned with the "unveiling" of heavenly mattersunderstood to involve revealed wisdom, the revealed resolution of time, and revealed cosmologyin marked contrast to an earlier focus on eschatology as such. The shift in focus has had a more direct impact on the study of ancient "pseudepigraphic" literature, however, than in New Testament studies, where the narrower focus on eschatological expectation remains dominant. In this Companion, an international team of scholars draws out the implications of the newest scholarship for the variety of New Testament writings. Each entry presses the boundaries of current discussion regarding the nature of apocalypticism in application to a particular New Testament author. The cumulative effect is to reveal, as never before, early Christianity, its Christology, cosmology, and eschatology, as expressions of tendencies in Second Temple Judaism.

Search More...
The Jewish Apocalyptic Tradition and the Shaping of the New Testament Thought

Comments
No comments for "The Jewish Apocalyptic Tradition and the Shaping of the New Testament Thought".
Add Your Comments
Please Login to comment