The Islamic World in Ascendancy: From the Arab Conquests to the Siege of Vienna 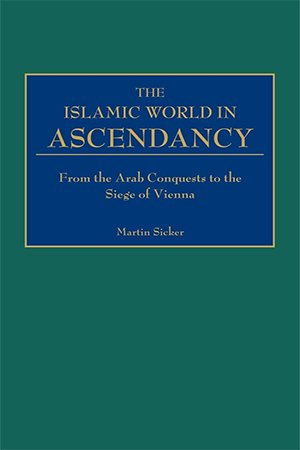 In the view of Dr. Martin Sicker, it was with the emergence of Islam that the combination of geopolitics and religion reached its most volatile form and provided the ideological context for war and peace in the Middle East for more than a millennium. The conflation of geopolitics and religion in Islam is predicated on the concept of jihad (struggle), which may be understood as a crescentade, in the same sense as the later Christian crusade, which seeks to achieve a religious goal, the conversion of the world to Islam, by militant means. This equates to a concept of perpetual war with the non-Muslim world, a concept that underlays Muslim geopolitical thinking throughout the thousand-year period covered in this book. However, as Sicker amply demonstrates, the concept often bore little relation to the political realities of the region that as often as not saw Muslims and non-Muslims aligned against and at war with other Muslims. The story of the emergence and phenomenal ascendancy of the Islamic world from a relatively small tribe in sparsely populated Arabia is one that taxes the imagination, but it becomes more comprehensible when viewed through a geopolitical prism. Religion was repeatedly and often shamelessly harnessed to geopolitical purpose by both Muslims and Christians, albeit with arguably greater Muslim success. Islamic ascendancy began as an Arab project, initially focused on the Arabian peninsula, but was soon transformed into an imperialist movement with expansive ambitions. As it grew, it quickly registered highly impressive gains, but soon lost much of its Arab content. It ended a millennium later as a Turkish-more specifically, an Ottoman-project with many intermediate transformations. The reverberations of the thousand-year history of that ascendancy are still felt today in many parts of the greater Middle East. A comprehensive geopolitical survey for scholars, students, researchers, and all others interested in the history of the Middle East and Islam.
DOWNLOAD
(Buy premium account for maximum speed and resuming ability)

Search More...
The Islamic World in Ascendancy: From the Arab Conquests to the Siege of Vienna

Comments
No comments for "The Islamic World in Ascendancy: From the Arab Conquests to the Siege of Vienna".
Add Your Comments
Please Login to comment