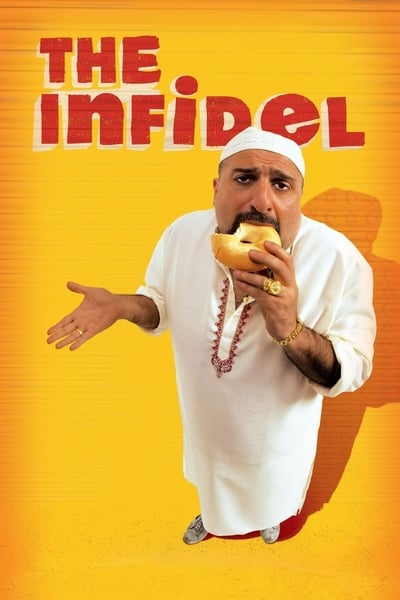 Based in a London suburb Mahmud Nasir lives with his pretty wife, Saamiya, and two children, Rashid and Nabi. His son plans to marry Uzma, the step-daughter of Egyptian-born Arshad Al-Masri, a so-called 'Hate Cleric' from Waziristan, Pakistan. Mahmud, who is not exactly a devout Muslim, he drinks alcohol, and does not pray five times, but does agree that he will appease Arshad, without whose approval the marriage cannot take place. Shortly thereafter Mahmud, while going over his recently deceased mother's documents, will find out that he was adopted, his birth parents were Jewish, and his name is actually Solly Shimshillewitz. He conceals this information from his family, and with the help of his neighbor, Leonard Goldberg, tries to understand the Jews, their religion and even locates his birth-father, who is on his death-bed in a nursing home. Mahmud does not know that Arshad has been checking into his background, has videotaped him setting fire to a Jewish cap during a protest, and has already approved of him, despite of his letter to the media about 'moderate Muslims'. But on the day of the meeting with Arshad and Uzma - Mahmud will find his life drastically changed when the Police will attend to arrest him, and he will be forced to publicly proclaim that he is Jewish - a move that will not only alienate him from his family but both the Jewish and Muslim communities.

Comments
No comments for "The Infidel 2010 1080p BluRay x265-RARBG".
Add Your Comments
Please Login to comment