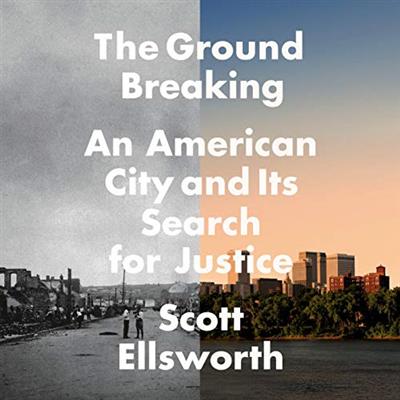 English | ASIN: B08M48J5PS | 2021 | 10 hours and 3 minutes |MP3|M4B | 286 MB
One of The Oklahoman's 15 books to help you learn about the Tulsa Race Massacre as the 100-year anniversary approaches. And then they were gone. More than 1,000 homes and businesses. Restaurants and movie theaters, churches and doctors' offices, a hospital, a public library, a post office. Looted, burned, and bombed from the air. Over the course of less than 24 hours in the spring of 1921, Tulsa's infamous "Black Wall Street" was wiped off the map - and erased from the history books. Official records were disappeared, researchers were threatened, and the worst single incident of racial violence in American history was kept hidden for more than fifty years. But there were some secrets that would not die.
A riveting and essential new book, The Ground Breaking not only tells the long-suppressed story of the notorious Tulsa Race Massacre. It also unearths the lost history of how the massacre was covered up, and of the courageous individuals who fought to keep the story alive. Most importantly, it recounts the ongoing archaeological saga and the search for the unmarked graves of the victims of the massacre, and of the fight to win restitution for the survivors and their families. Both a forgotten chronicle from the nation's past, and a story ripped from today's headlines, The Ground Breaking is a pause-resisting reflection on how we, as Americans, must wrestle with the parts of our history that have been buried for far too long.

Search More...
The Ground Breaking An American City and Its Search for Justice [Audiobook]

Comments
No comments for "The Ground Breaking An American City and Its Search for Justice [Audiobook]".
Add Your Comments
Please Login to comment