The Concrete Dragon: China's Urban Revolution and What it Means for the World 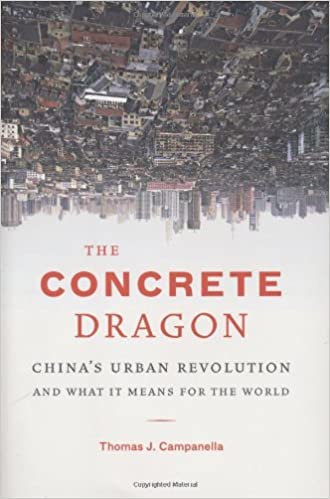 China is the most rapidly urbanizing nation in the world, with an urban population that may well reach one billion within a generation. Over the past 25 years, surging economic growth has propelled a construction boom unlike anything the world has ever seen, radically transforming both city and countryside in its wake. The speed and scale of China's urban revolution challenges nearly all our expectations about architecture, urbanism and city planning. China's ambition to be a major player on the global stage is written on the skylines of every major city. This is a nation on the rise, and it is building for the record books. China is now home to some of the world's tallest skyscrapers and biggest shopping malls; the longest bridges and largest airport; the most expansive theme parks and gated communities and even the world's largest skateboard park. And by 2020 China's national network of expressways will exceed in length even the American interstate highway system. China's construction industry, employing a workforce equal to the population of California, has been erecting billions of square feet of housing and office space every year. But such extensive development has also meant demolition on a scale unprecedented in the peacetime history of the world. Nearly all of Beijing's centuries-old cityscape has been bulldozed in recent years, and redevelopment in Shanghai has displaced more families than 30 years of urban renewal in the United States. China's cities are also rapidly sprawling across the landscape, churning precious farmland into a landscape of superblock housing estates and single-family subdivisions laced with highways and big-box malls. In a mere generation, China's cities have undergone a metamorphosis that took 150 years to complete in the United States. The Concrete Dragon: China's Urban Revolution and What it Means for the World sheds light on this extraordinary chapter in world urban history. The book surveys the driving forces behind the great Chinese building boom, traces the historical precedents and global flows of ideas and information that are fusing to create a bold new Chinese cityscape, and considers the social and environmental impacts of China's urban future. The Concrete Dragonprovides a critical overview of contemporary Chinese urbanization in light of both China's past as well as earlier episodes of rapid urban development elsewhere in the world-especially that of the United States, a nation that itself once set global records for the speed and scale of its urban ambitions.
DOWNLOAD
(Buy premium account for maximum speed and resuming ability)

Search More...
The Concrete Dragon: China's Urban Revolution and What it Means for the World

Comments
No comments for "The Concrete Dragon: China's Urban Revolution and What it Means for the World".
Add Your Comments
Please Login to comment