TTC Video - George Orwell: A Sage for All Seasons 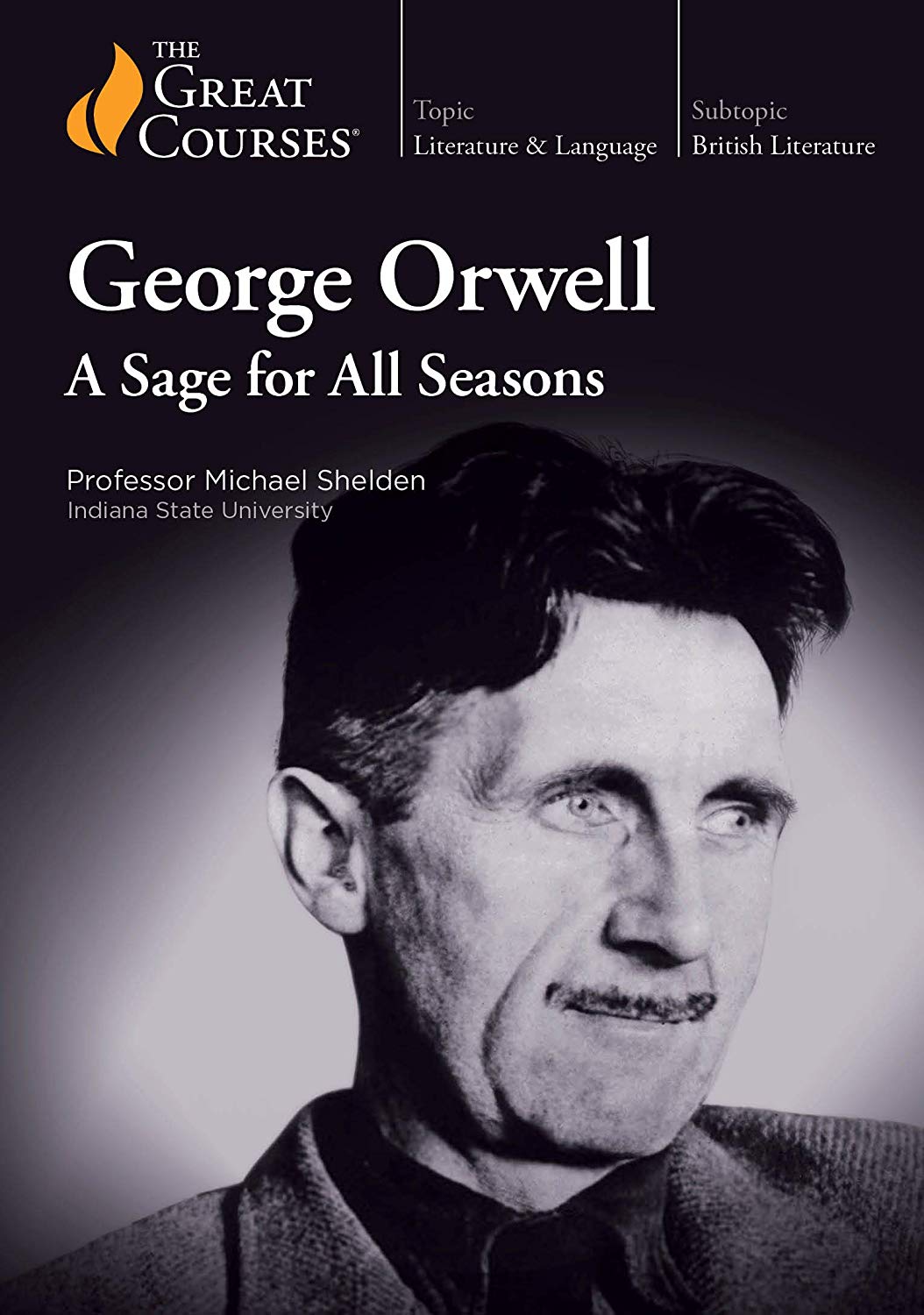 Even if you've never read a single word written by George Orwell, you're probably familiar with his name. His style and perspective are so distinct, we have transformed his name into an adjective, one that conjures a nightmare vision of misleading terminology, state surveillance, and distorted history. When something is described as "Orwellian," it means authority reigns supreme-and freedom is nowhere to be found.

Much like Cervantes, Shakespeare, and Tolstoy have come to represent the literature of their nations, Orwell captured and conveyed the spirit of Great Britain in the first half of the 20th century like no other writer of his generation. In essays like "Such, Such Were the Joys," nonfiction reports like Down and Out in Paris and London, and novels like Animal Farm and Nineteen Eighty-Four, Orwell laid bare the hopes and fears, the hardships and triumphs of the British people.

But George Orwell was more than just a writer. He was a political and social sage who valued, above all else, individual freedom. He was a champion of individuality in the face of authoritarian regimes. That's one reason why, more than 60 years after his untimely death, Orwell's struggles are still our struggles. The concepts he invented in his fiction-Big Brother, doublespeak, 2+2=5-have always felt as if they are on the cusp of becoming reality. As a civilization, we're constantly standing on that precipice, and Orwell reminds us where our values lie. His works aren't just entertainment-they're cautionary tales and red flags of warning. And if we ever hope to understand threats to freedom and how to stop them, we have to learn from them.

In George Orwell: A Sage for All Seasons, join Orwell's authorized biographer, Professor Michael Shelden of Indiana State University, for a 24-lecture journey through the life and times that shaped this profound writer and his eerily prescient masterpieces. From Orwell's youth in Edwardian England to his formative experiences abroad in colonial Burma and revolutionary Spain to his internal war with socialism and authoritarian regimes, you'll learn how the man born Eric Blair forged himself into a writer of international importance and renown. Rooted in Professor Shelden's interviews with Orwell's friends and lovers-and his own astute literary analysis of all of Orwell's major works-this course is a one-of-a-kind portrait of the modern world's greatest champion of individuality. If you're new to Orwell's body of work, Professor Shelden will have you rushing to your nearest bookstore or library. If you are already familiar with any of Orwell's work, he'll add new layers of understanding and appreciation to this undeniable titan of English literature.

Unpack the Truths inside Orwell's Masterpieces

While many consider George Orwell's bigger themes to be "what is truth?" Professor Shelden demonstrates he is asking a much more provocative question: "What is it about the truth that we don't want to know?" While Orwell didn't believe truth was unknowable, he did question whether we as people had the will to know the truth, to face it, and to truly accept it.

A mix of historical inquiry, literary analysis, and cultural biography, George Orwell: A Sage for All Seasons gets at the truth of British life in the opening decades of the 20th century. These lectures cover the creation, reception, and implication of Orwell's work, whether they're recounting the idylls of a country churchyard or the terrors of civil war in Spain.

Burmese Days: This novel from 1934 uses a fictional cast of colonial masters and natives to dramatize the conflicts Orwell witnessed during his time as a policeman in imperial Burma. Professor Shelden shows you how Orwell captured the conflicting demands of the British Empire and the actual needs of Burma, and why Burmese Days is a scathing treatment of bigotry among the ruling elite. At one point in the novel, Orwell ridicules two devoted British imperialists for their petty argument over which of them has the right to kick the servants at their club.
Homage to Catalonia: This book of reportage from Orwell's years in revolutionary Spain was the author's first real masterpiece. While it was supposed to be a straightforward account of an international fight for freedom, Professor Shelden reveals it as a passionate defense of individuals resisting oppression. Homage to Catalonia contains touching tributes to countless acts of heroism, and the real homage isn't to merely one country but to all places where good men and women sacrifice everything in the name of liberty.
Animal Farm: The most successful trick Orwell pulls in this short, but powerful, book is the transition from satire to tragedy. A story that begins in the soft tones of a children's book gradually descends into fear and terror. Hate and envy replace an earlier mood of cooperation and-like the Soviets under the rule of Joseph Stalin-the world is torn apart by false recriminations and paranoia. The pigs go from cute to devilish because Orwell sees it as the inevitable effect of the perversion of their revolution.
Nineteen Eighty-Four: Just as Jonathan Swift turned his satiric guns on the Whigs and Tories of his day by inventing Lilliput for their inflated egos, so, too, did Orwell create Big Brother's empire of Oceania as a parallel world for the scheming communists, socialists, capitalists, and anarchists of Orwell's day. As Professor Shelden notes, what saves Nineteen Eighty-Four from being a merely topical satire is the same thing that saves Gulliver's Travels from that same fate-a depth of imagination that transforms the particular into the universal.

What Made Orwell a Citizen of the World?

As you will see throughout the lectures, George Orwell's impressive body of work wasn't just the result of crisp prose and a razor-sharp imagination, but deeply shaped by the events of his life as well.

In his lectures, Professor Shelden takes you on a chronological journey through Orwell's life and times, from his youth in Edwardian England to his formative experiences at boarding school (captured in the brilliant essay, "Such, Such Were the Joys") to his being shot through the neck by a sniper while serving as a freedom fighter against the forces of General Franco. You'll e x a mine the experiences-and the people-Orwell drew upon when forging himself into a writer and a citizen of the world.

Orwell's template for a paradise of individual freedom sprung from his relatively happy life as a young, middle-class boy in the Thames Valley pursuing simple outdoor pleasures and boyish pursuits;
The two months Orwell spent in the north of England interviewing impoverished factory workers for the book that would become The Road to Wigan Pier pushed the author closer toward socialism;
Working at the BBC during World War II taught him the sobering facts of how large organizations can create justifications for meaningless activity, and how they can persuade workers to take this work seriously;
Orwell's wife Eileen, who was trained in psychological research, helped make Orwell a shrewd observer of human nature-and even influenced the psychological horrors that would come to define Nineteen Eighty-Four; and
His efforts to visualize the postwar future, especially the isolation that plagued society's lonely and forlorn, were influenced by the artistic experiments of the painters Lucian Freud and Francis Bacon.

A Powerful Blend of Literary Analysis and Biography

A consummate scholar, Professor Shelden brings to George Orwell: A Sage for All Seasons the same level of depth and insight he brought to his authorized biography of George Orwell, which was a New York Times Notable Book and a finalist for the Pulitzer Prize.

His powerful blending of literary and biographical analysis-which can also be found in his biographies of other titans of letters, including Mark Twain and Herman Melville-are complemented in this course by period photographs and illustrations, rich excerpts from Orwell's literary canon, and rare insights from interviews with some of Orwell's contemporaries.

Here, in one comprehensive course, is a compendium of all Orwell's many personas: the writer brave enough to speak truth to power, the soldier willing to sacrifice his life for others, the citizen willing to expose the injustices of his own country, and the sage for freedom-loving civilizations everywhere. 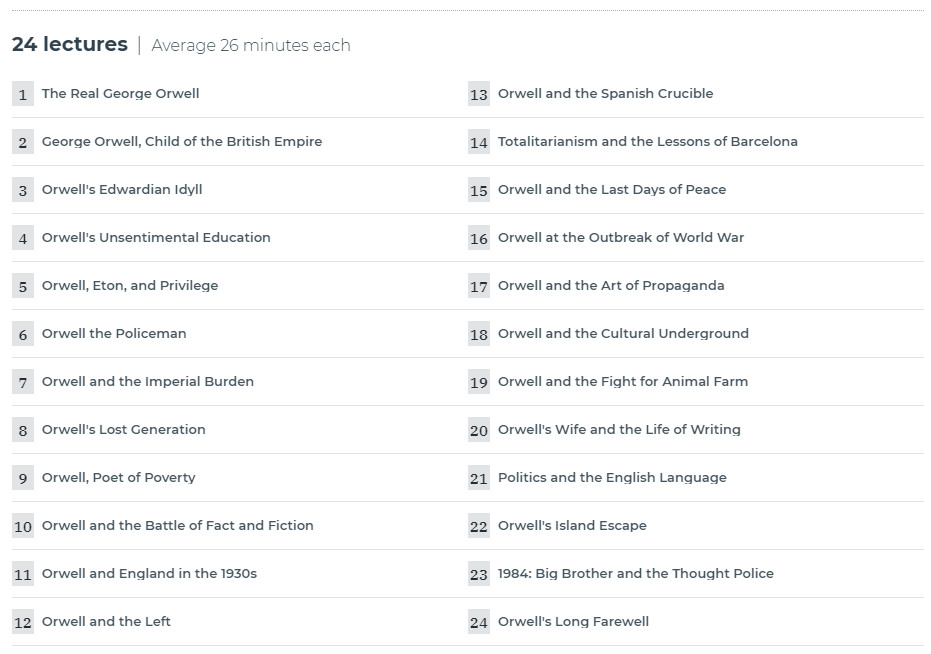 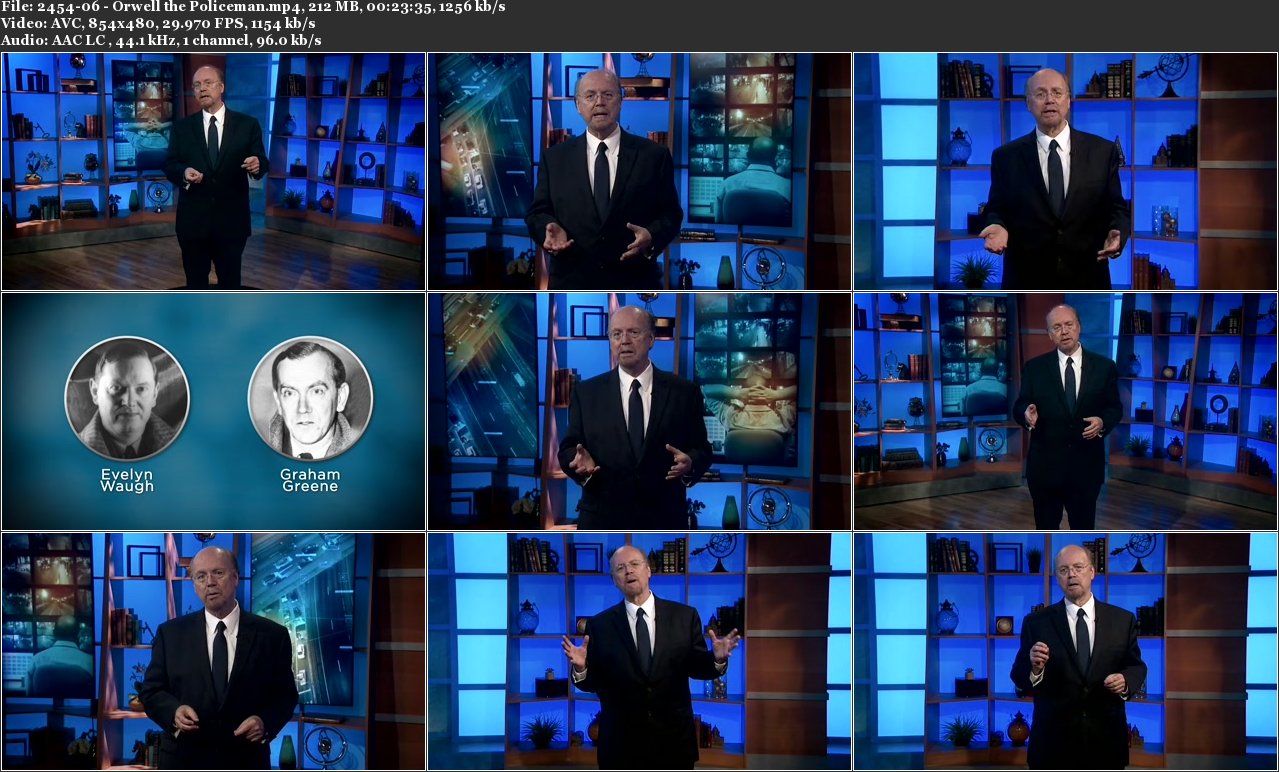 Comments
No comments for "TTC Video - George Orwell: A Sage for All Seasons".
Add Your Comments
Please Login to comment