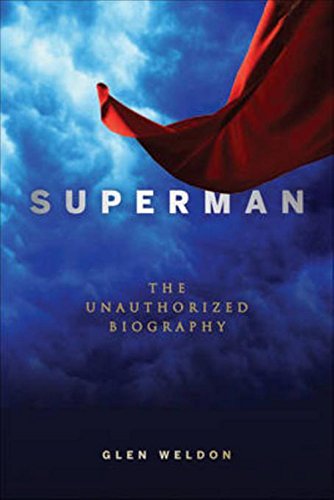 How has the Big Blue Boy Scout stayed so popular for so long? How has he changed with the times, and what essential aspects of him have remained constant? This fascinating biography e x a mines Superman as a cultural phenomenon through 75 years of action-packed adventures, from his early years as a social activist in circus tights to his growth into the internationally renowned demigod he is today.

Chronicles the ever-evolving Man of Steel and his world-not just the men and women behind the comics, movies and shows, but his continually shifting origin story, burgeoning powers, and the colorful cast of trusted friends and deadly villains that surround him
Places every iteration of the Man of Steel into the character's greater, decades-long story: From Bud Collyer to Henry Cavill, World War II propagandist to peanut butter pitchman, Super Pup to Super Friends, comic strip to Broadway musical, Lori Lemaris to Lois & Clark-it's all here
Affectionate, in-depth analyses of the hero's most beloved adventures, in and out of the comics-his most iconic Golden Age tales, goofiest Silver Age exploits, and the contemporary film, television, and comics stories that keep him alive today
Written by NPR book critic, blogger, and resident comic book expert, Glen Weldon

Comments
No comments for "Superman: The Unauthorized Biography".
Add Your Comments
Please Login to comment