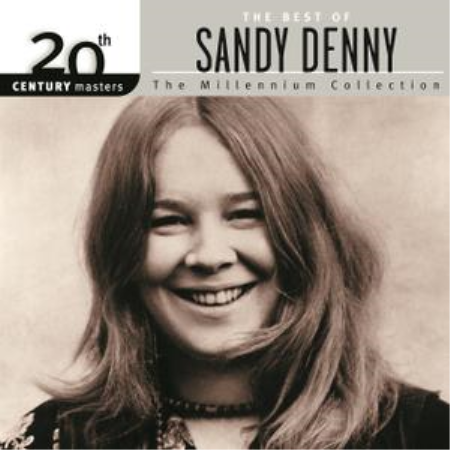 Sandy Denny's plaintive voice, haunting songs, and folk-rock style live on in the popular music of the 21st century, particularly in the recordings of Natalie Merchant, who so much resembles her in vocal timbre and overall approach, but also in her influence on other singer/songwriters, male and female. Denny never got her due in the U.S. during her life, with only her third solo album, 1973's Like an Old Fashioned Waltz, and her final album with Fairport Convention, 1975's Rising for the Moon, even making the American charts. Rather, she achieved her greatest recognition stateside for her song "Who Knows Where the Goes?" in Judy Collins' 1968 recording and her guest appearance on "The Battle of Evermore" on Led Zeppelin's fourth album in 1971. She was, however, revered in folk circles, especially in the U.K., and with good reason. This discount-priced sampler, bning with the 1969 Fairport Convention version of "Who Knows Where the Goes?" and concluding with "I'm a Dreamer" from Denny's fourth and final solo album, 1977's Rendezvous, is a good short collection of some of her better compositions, among them "Solo" and "Listen, Listen." Denny's albums have not been easily available in the U.S., and her previous compilations have been expensive, comprehensive packages, but this one is perfect for the folk-rock fan who has heard her name but isn't really familiar with her work.