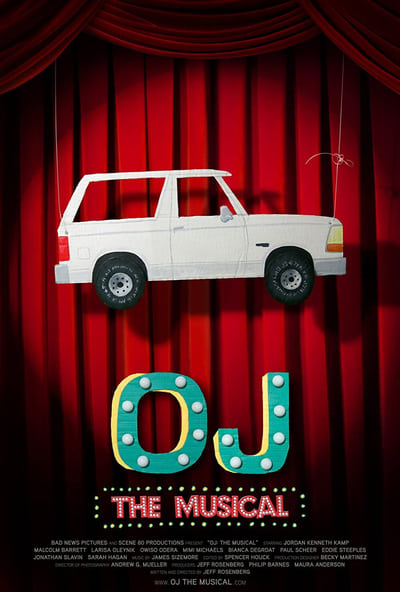 Eugene Olivier is an eccentric theater artist living in NYC, where he has spent the last ten years of his life putting on various musicals to rave reviews. After years of creative triumphs, Broadway has lost its luster for him and Eugene longs for the early days when he and his childhood friends would put on shows together back home in Orrville, Ohio. With little thought and no preparation, Eugene decides to move to Los Angeles where he will surprise his two best friends from childhood, Lawrence and Regina, and help them rediscover their now forgotten love for the theater. After pitching them on his brand new OJ Simpson musical, which is loosely based on Othello, Eugene comes to realize that it may not be as easy as he thought to stage the next great American musical.