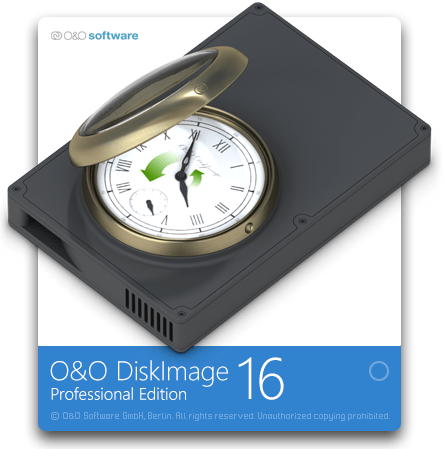 
O&O DiskImage lets you back up an entire computer or single files whenever you want - even while the computer is being used. In the event you should lose your personal data it can be quickly restored with just a few mouse clicks - even when Windows is no longer able to start. It also supports SSD drives and the latest UEFI System. O&O DiskImage lets you carry out a system restore and to duplicate or clone an entire PC or hard drive. You can even restore this backup onto a computer whose hardware is different from the original machine, for instance, where you have changed a motherboard on the target machine or have bought a brand new PC and want to restore an old backup onto it.
Features:
Backup an entire computer with the push of a button
Backup system and hard drives, clone drives and entire disks
Brand new file-based backup: now twice as fast as ever before - backup and restore individual files and/or folders
Direct creation of VHDs
Monitoring and warning of security risks
Incremental/differential backup: back up only the changes
Easily restore files, folders, drives and disks
System restore onto different hardware (M.I.R.)
Create a Windows Boot system directly from within the program with driver integration
Plug-and-play: Selected files and folders are automatically backed up and synchronized
Variable pixel density settings: adjusts to the selected DPI setting of the connected monitor
New and enhanced functions Control via Command Lines
Supports Windows 10, Windows 8.1 and Windows 7

A regular backup is still something that many users prefer to avoid. At least that is until they suffer their first loss of important files as a result of software, hardware or user error: that's when it becomes crystal clear just how valuable a reliable and up-to-date backup really is!

New in v16:
O&O have made two big new additions to DiskImage 16, these are the built-in recovery partition and the "DiskImage To Go" feature which helps make recovery media automatically available.

As can be seen in the image above, one of the big improvements in version 16 is the automatic building of a recovery partition on the main system drive when DiskImage is installed. Because this is all done automatically there is less chance that you will forget to manually create recovery media when configuring the software and once configured means there will always be a recovery partition to boot into should your PC not boot up as normal for any reason. As such, thanks to the automatic nature of this feature, recovery becomes much simpler in the event that you ever require it.

The other big new feature is the "Disk Image To Go" tool which will automatically detect which external drives are being used by DiskImage and will, in-turn, add the recovery media onto said drives. This approach, along with the above recovery partition, means users will never forget to create recovery media and if PC recovery is ever needed then such recovery media will always be available.

Whilst these two new features might seem small on the surface, I think how they operate actually makes them both very useful additions to DiskImage. The reality is many users of backup software will forget or simply put off making recovery media until it is too late, as such having it made available automatically for you is a simple but very throughout addition the this offering, so far very impressive!

What's New:
official site does not provide any info about changes in this version.