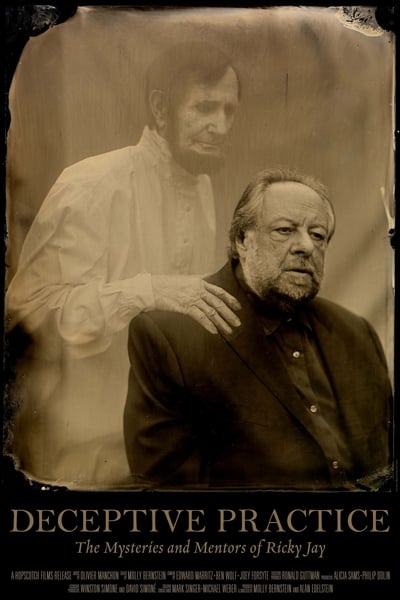 Ricky Jay is a world-renowned magician, author, historian and actor (often a mischievous presence in the films of David Mamet and Paul Thomas Anderson) -- and a performer who regularly provokes astonishment from even the most jaded audiences. Deceptive Practice traces Jay's achievements and influences, from his apprenticeship at age 4 with his grandfather, to such now-forgotten legends as Al Flosso, Slydini, Cardini and his primary mentors, Dai Vernon and Charlie Miller. Featuring rare footage from his 1970s TV appearances (doing 3-card Monte with Steve Martin on The Dinah Shore Show) and told in Jay's inimitable voice, this is a remarkable journey inside the secretive world of magic and the small circle of eccentrics who are its perpetual devotees.

Comments
No comments for "Deceptive Practice The Mysteries And Mentors Of Ricky Jay 2012 1080p WEBRip x265-RARBG".
Add Your Comments
Please Login to comment