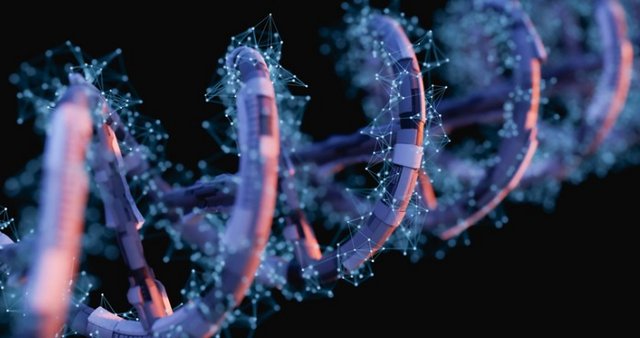 Learn about gene cloning and its application in curing inherited diseases and cancer.

Requirements
Basic knowledge of biology and chemistryEager to learn new things
Description
One of the reasons why biotechnology has received so much attention during the past three decades is because of gene cloning. Although many useful products can be obtained from microbial culture, the list in the past has been limited to those compounds naturally synthesized by microorganisms. Many important pharmaceuticals, which are produced not by microbes but by higher organisms, could not be obtained in this way. This has been changed by the application of gene cloning to biotechnology.
Gene cloning involves separating a specific gene or DNA segment from a larger chromosome, attaching it to a small molecule of carrier DNA, and then replicating this modified DNA thousands or millions of times through both an increase in host cell number and the creation of multiple copies of the cloned DNA in each cell.
Particularly important to gene cloning is a set of enzymes made available through decades of research on nucleic acid metabolism. Two classes of enzymes lie at the heart of the classic approach to generating and propagating a recombinant DNA molecules i.e., Restriction nucleases and DNA ligase.
Restriction endonucleases (also called restriction enzymes) recognize and cleave DNA at specific sequences (recognition sequences or restriction sites) to generate a set of smaller fragments. Some restriction endonucleases make staggered cuts on the two DNA strands, leaving two to four nucleotides of one strand unpaired at each resulting end.These unpaired strands are referred to as sticky ends. While, other restriction endonuclease cleave both strands of DNA at the opposing phosphodiester bonds, leaving no unpaired bases on the ends, often called blunt ends.
The final step in construction of a recombinant DNA molecule is the joining together of the cloning vector and the gene to be cloned. This process is referred to as ligation, and the enzyme that catalyzes the reaction is called DNA ligase.
A cloning vector is a small piece of DNA that can be stably maintained in an organism, and into which a foreign DNA fragment can be inserted for cloning purposes. A large number of cloning vectors are available. But, choosing the vector may depend upon a number of factors, such as the size of the insert, copy number and cloning method. Once a gene has been cloned there is almost no limit to the information that can be obtained about its structure and expression. The availability of cloned material has stimulated the development of analytical methods for studying genes, with new techniques being introduced all the time.
Recombinant DNA technology has proven useful in attempting to cure these genetically inherited diseases. Gene therapy is the name originally given to methods that aim to cure an inherited disease by providing the patient with a correct copy of the defective gene. Gene therapy has now been extended to include attempts to cure any disease by introduction of a cloned gene into the patient. The clinical uses of gene therapy are not limited to treatment of inherited diseases. Most cancers result from activation of an oncogene that leads to tumor formation, or inactivation of a gene that normally suppresses formation of a tumor. In both cases a gene therapy could be envisaged to treat the cancer.
This course is a valuable resource for students and researchers related to biology, forensic science, molecular biology, biotechnology, biochemistry and genetics.
Start your learning journey now and explore the hidden truth about nature!
Who this course is for:The course is designed for researchers of biology, biotechnology, genetics, molecular biology disciplines.Students who want to go for forensic scientist job.Students who wants to persude their carrer in agriculture, medicine, ecology, molecular biology, and genetics.

Comments
No comments for "Biotechnology: Basics of gene cloning and gene therapy".
Add Your Comments
Please Login to comment